Few have changed in the last eight centuries, but everything has been kept in perfect condition. Sighisoara is a a window to the medieval life, a romantic place with narrow streets and charming houses – all this makes Sighisoara a city rich in culture and history.

Sighisoara was founded in the 12th century, at the beginning was called Castrum Sex and occupied only the upper plateau of the Citadel Hill.

The impressive defense system that made it the most difficult to conquer of all the fortresses in Transylvania was built in the fifteenth century due to the prosperity of the settlement. It consisted of 14 towers, each built and defended by a craft guild. Nine of the original towers are still standing and can still be admired: Cobbler’s Tower, Furrier’s Tower, Tailor’s Tower, Ropemaker’s Tower, the Tailor’s Tower, Blacksmith’s Tower, etc.

Symbol of the city

The highest (64 meters) and most famous  – a symbol of the city and a tourist destination that should not be missed if you are ever in the city. Its position on the eastern side of the city was a strategic one during the Middle Ages because it was close to the entrance that it protected.

The main attraction of the tower is the Baroque figurines, which show the day time and the day of the week.

Another emblematic building of the city is The Deer House, which owes its name from the two natural deers painted on the northwest corner. What is interesting about this image is that the two deers are united by a single head.

The house was built in the 17th century and kept its original appearance. An inscription on the northern wall tells us that it was rebuilt in 1691 by its owner, Michael Deli, after being destroyed in a fire in 1676.

Another historical landmark is Vlad Dracul House, more precisely, the house of Vlad Ţepeş’s father. It is believed that the Romanian ruler was born here in 1431. 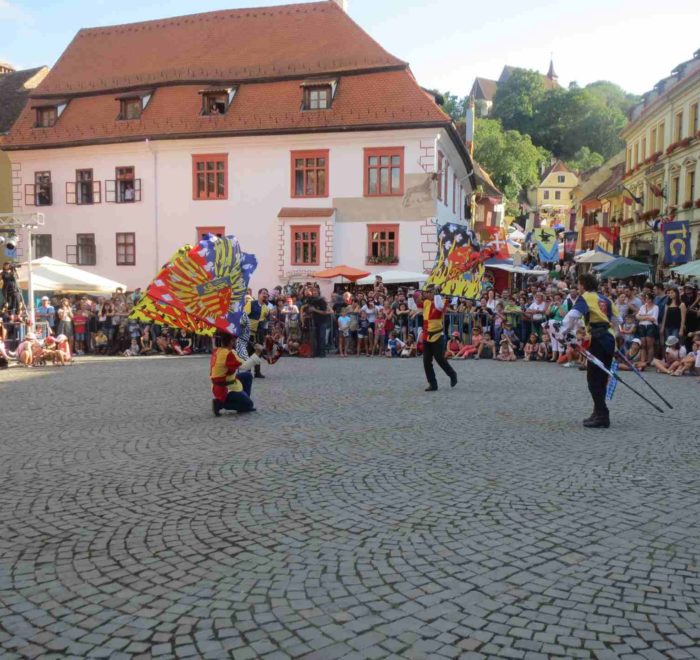 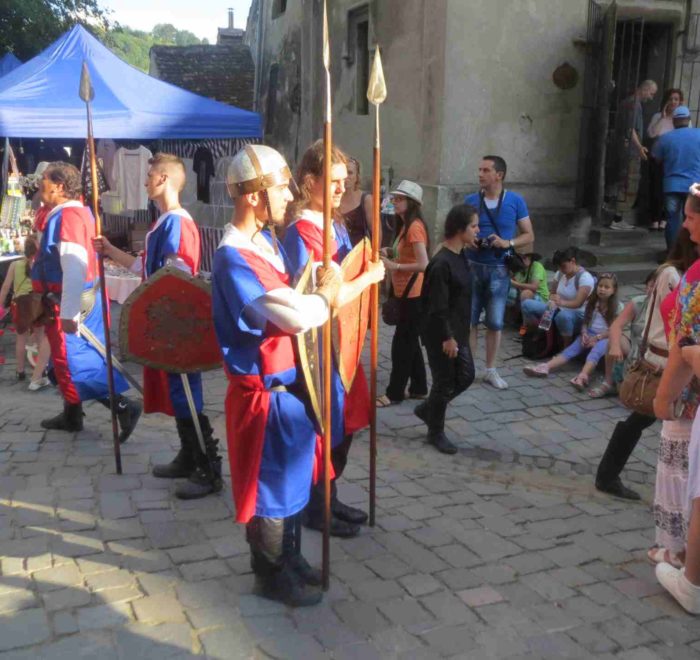 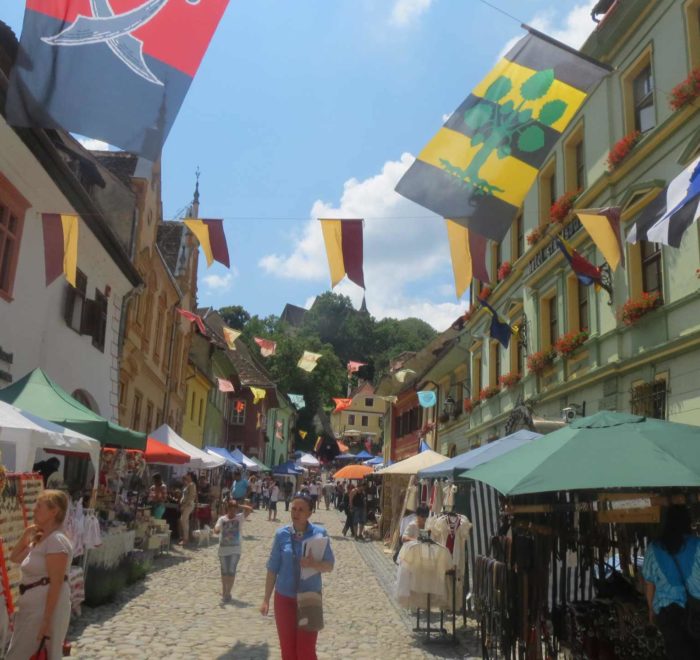